It is a remarkable time in Winnipeg.  Not since the railway boom a century ago has Winnipeg seen such growth and vitality as a City.

With the benefit of hindsight, we can see just how important the return of the Winnipeg Jets was to the City.  The timing of that decision, along with a great many other factors including a long-depressed real estate market, a well-regulated and responsible banking industry that allowed Canada to weather the Great Recession and several developments revitalizing Winnipeg’s core all worked together to set Winnipeg on a mini boom.

The residential real estate market in Winnipeg actually saw significant growth in valuations at a time when most every other market in the US and Canada was either backsliding or in outright freefall.

What is perhaps more interesting and has yet to fully play out, however, is the city’s commercial market.  Much like the residential sector until recent times, Winnipeg’s commercial market has long seemed under-valued and unloved.

A message was sent with the genuinely courageous decision of building a major market arena in the heart of the city and with the building of the nearby Manitoba Hydro building several years earlier.  The families and investment groups who own much of commercial Winnipeg have cautiously waited for signs of a tipping point and, now seeing it, are increasingly open to investing in Winnipeg’s commercial real estate sector.

Somewhat counter-intuitively, the fact that Winnipeg has not enjoyed much growth for generations does have some benefit for the City as many charming buildings, which would have been lost during times they were not appreciated, remain.

Winnipeg seems poised for a renaissance of sorts in its commercial sector much as it enjoyed with its residential sector in the last decade.

Much more than the residential sector, however, a strategic vision is necessary to channel commercial development in ways which best serve the city.  Politicians at the municipal and provincial level must channel the pent-up enthusiasm for the city into tangible and strategic development. Winnipeg needs a proper entertainment district and a way for people to travel to and from it.  Now is the time to remake the city. It won’t be possibly politically without private enterprise and we are now in a rare moment where private enterprise can be harnessed by someone with vision.

Winnipeg is my home and a wonderful place by any measure.  The next decade may be the period in which the city’s identity is determined for the next several generations.  This time, it will not be a canal in Panama that threatens to derail Winnipeg’s potential, but our own lack of political vision.

With the talent and vitality of this city, I am very optimistic Winnipeg will make many of the right decisions and will continue to grow into the hip and world-class city for which it has so great potential. 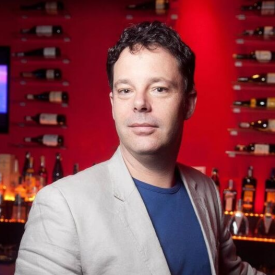 Neil Sullivan is the Managing Partner of Sullivan McMullan. Located in Winnipeg, Manitoba, he has over two decades of professional experience in real estate law.